All HEIs have a pressing need to deliver outcome, which in most cases, is employment. Most employers are sure that undergraduate education delivered by the Universities/ Colleges does not produce the type of workers that the industry requires. Getting students to meaningful employment is one of the paramount goals of higher education. The event organized under the aegis of Indian Education Forum addresses this issue of student employability and its impact on the Ratings and Rankings of Universities and Colleges. The event shall organize sessions by experts to discuss the issue and bring out possible solutions to address the same.

Panel Discussion on student employment and its impact on NAAC rankings 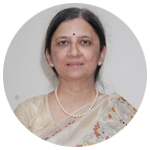 Prof. Vasudha Kamat is well known for her significant contribution to the field of Educational Technology/Information and Communication Technology for Education. Worked as committee Member- National Education Policy, she was the Former Vice Chancellor of SNDTWU. She has invested four decades of life in the field of education and has contributed to school education, higher education, teacher education, Women’s education, Open and Distance Education, Life Long Education extensively.

As the Vice Chancellor of SNDTWU she introduced many new thoughts and ideas into Higher education in general and SNDTWU in particular. SNDTWU introduced Online Admissions, Choice Based Credit System at Master level, Use of ICT in teaching-learning Process, Faculty Development Programmes, Development of ICT infrastructure such as Virtual Classrooms on all 3 campuses, Computer labs for students, training labs for teachers as well as Language labs on all three campuses.

Prof. Kamat has contributed richly to the field of teacher education in ICT integration. She has introduced her faculty to the ICT integration in teaching-learning process. She has designed and offered online courses, has conducted training programmes in Instructional Design for e-learning, has guided research studies in this area and has worked as Project Director of many e-content development projects.

She has conducted several research studies for various National/International organizations such as Indian Space Research Organization, UNDP, World-Bank, UNICEF, MHRD, etc. on various 2 themes. She has closely worked with Open Universities and National Institute of Open Schooling in various capacities. Prior to joining SNDTWU as a Vice Chancellor she was Joint Director of Central Institute of Educational Technology (CIET), National Council of Educational Research and Training (NCERT), New Delhi. Before joining NCERT in 2007, she served SNDTWU in various capacities as Prof. and Head, Department of Educational Technology, Director/Coordinator Centre of Education, Director, Centre for Distance Education etc. She is a recipient of the Best Teacher Award by Maharashtra State Government (2005-06), Fulbright Senior Research Fellowship (2005-06), Rotary International Fellowship (2004-05). 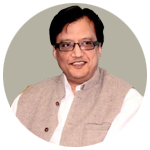 Dr. S S Mantha, an eminent academician and an able administrator, was the Chairman, of All India Council for Technical Education (AICTE), starting 05th January 2012 till 4th January 2015. Having joined AICTE in March 2009 as its Vice Chairman, he has been at the forefront of bringing in some radical changes for transparency and accountability in its administration. On completion of the tenure at AICTE he worked as Professor of Robotics, CAD/CAM and AI in the Department of Mechanical Engineering at VJTI, Mumbai and superannuated on 31st May 2016.

He specializes in Robotics which he taught for more than 15 years out of a rich teaching experience of more than 25 years, along with courses in Control Theory and Artificial Intelligence. He was instrumental in setting up a state of art Robotics / CAD / CAM laboratory at VJTI, providing consultancy in the area of Industrial Automation to the Industries in Mumbai and Pune. His Research interest in the area also has seen him provide expertise to DRDO and BARC projects.

He is also the recipient of INFOCOM CMAI National Telecom award for 2010 and the HR Nexus – the HR & Network, Leadership award in the field of Education, 2010. The.e-governance project implemented in AICTE has also won the Silver Edge Award instituted by United Business Media and Information Week and the Good Governance National Technology Award, 2010.

He is also a recipient of the 5th National telecom Award in 2011 for “Excellence in Education through e- governance instituted by CMAI and Star News He has more than 240 publications in National and International Journals and Conferences to his credit as also 23 Ph D students who have completed their PhD under him. He has three books published titled “Objet Oriented Programming in C++” Published by Wiley India, “Aerodynamics of Cars, an experimental Investigation – A synergy of Wind Tunnel and CFD”, and "Design & Development of Decelerometer" both published by LAP LAMBERT Academic Publishing Company, Germany besides contributing chapters for many books. 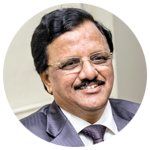 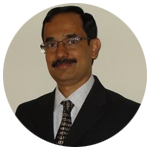 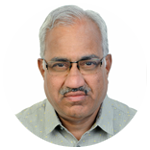 Prof. (Dr.) Dhrubajyoti Chattopadhyay, Hon’ble Vice Chancellor of Amity University, Kolkata, graduated as a Bachelor of Science from the Presidency College, Kolkata in 1973 with a major in Chemistry. He did his Masters in Science in Bio-Chemistry in 1975 and completed his PhD in 1984 from Department of Bio-Chemistry at Bose Institute, Calcutta. Prof. Chattopadhyay was the Dean, Faculty of Science at the University from 2003 to 2007 and was the Pro-Vice Chancellor of the University from 2008 till 2015. He was also the Director at the Centre for Research in Nano Science and Nano Technology at the University during 2007 - 2015. He has received numerous awards, accolades and distinctions in his career. He received the prestigious UNESCO-IUMS-MIRCENS-SGM fellowship at the University of Texas. He was also the Fellow of the Indian Academy of Sciences in 2004 and Fellow of West Bengal Academy of Science and Technology in 2006. Dr. Chattopadhyay has life time memberships in various Organisations and Scientific Associations. He has a teaching experience of more than 35 years and guided many PhD students. He has around 102 research papers and 6 book chapters to his credit till date. Prof. (Dr.) Dhrubajyoti Chattopadhyay is a scientist and academic par excellence. He has an established track record of highly innovative ideas and in-depth research activities. 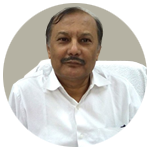 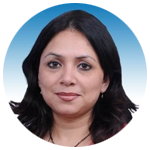 Highlights of the event! 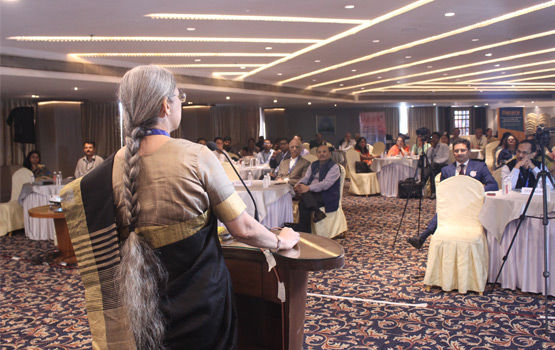 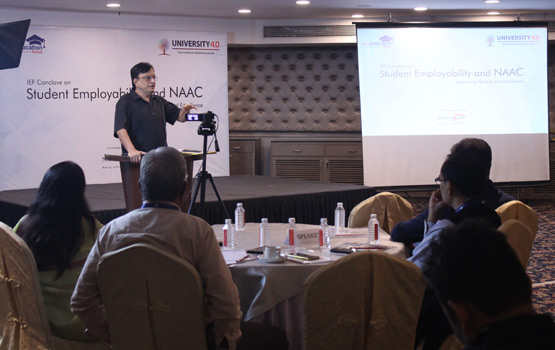 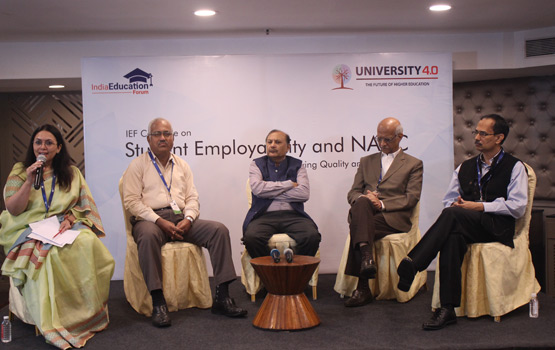 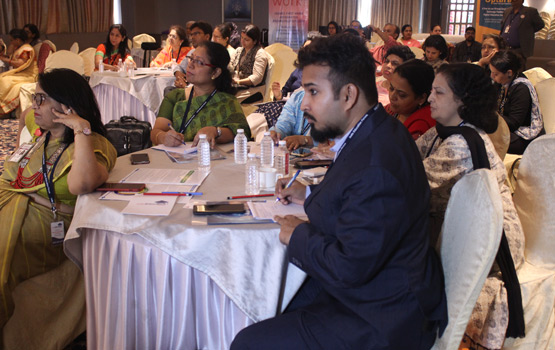 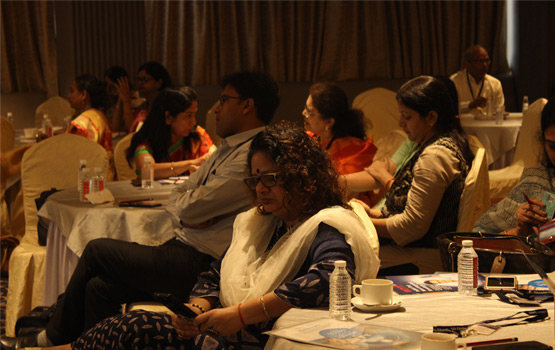 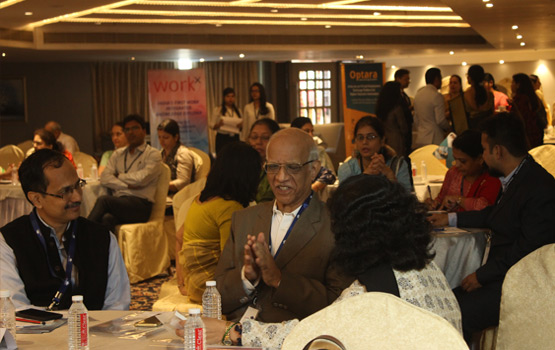 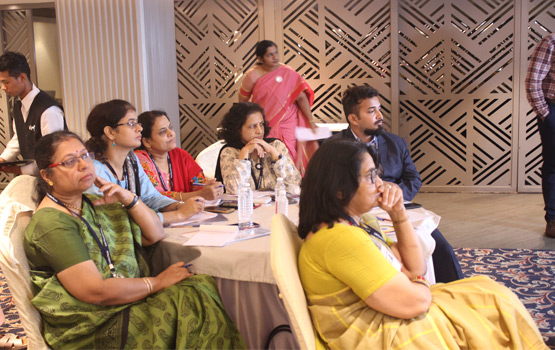 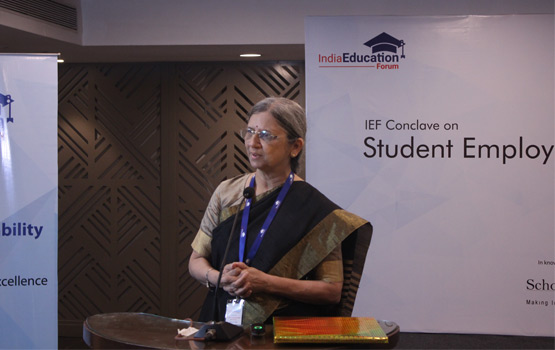 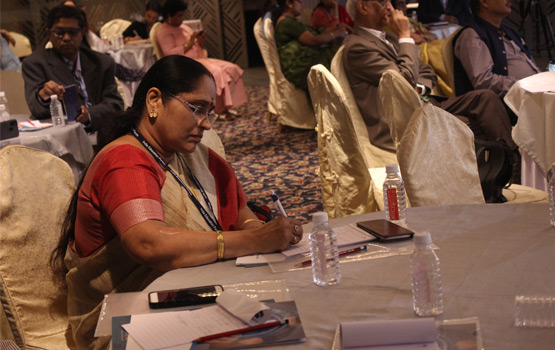 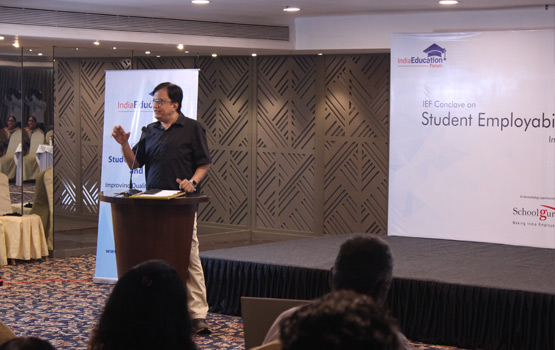 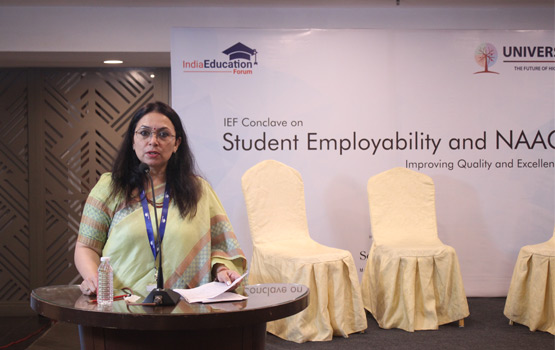 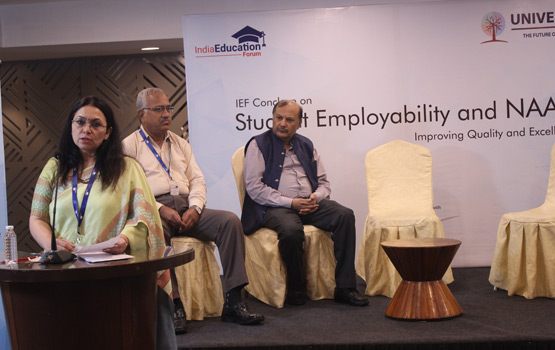 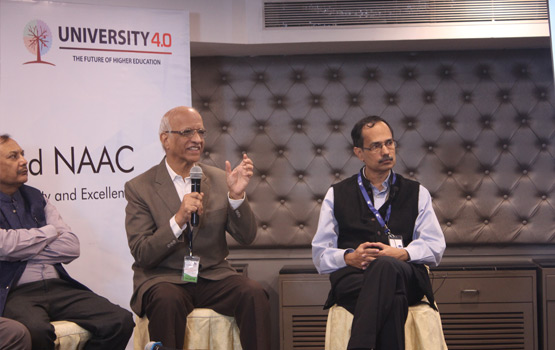 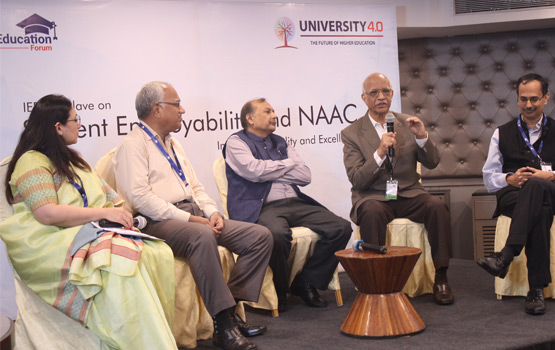 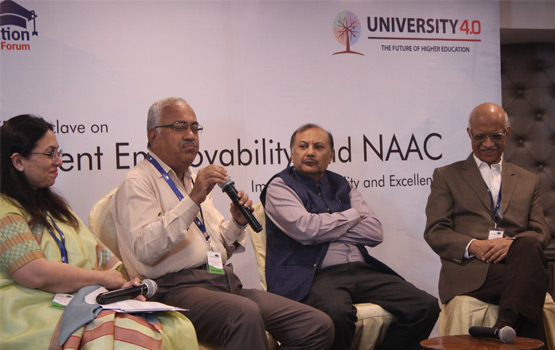 Note: Please note that this is an exclusive event for esteemed leadership of higher education By Invitation Only.