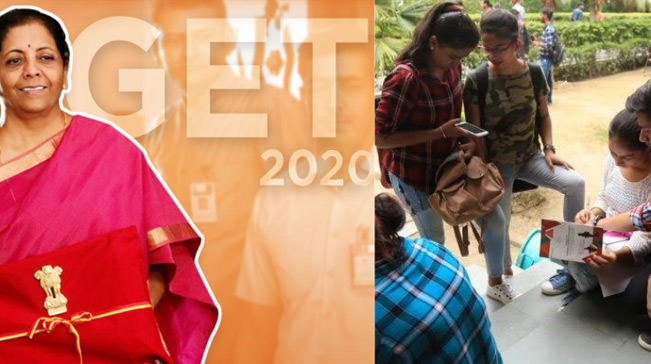 In its manifesto for the 2014 Lok Sabha elections, the Bharatiya Janata Party (BJP) had promised that if it came to power, it would increase public spending on education to 6% of the country’s GDP. The manifesto had said, “Investment in education yields the best dividend. Public spending on education would be raised to 6% of the GDP, and involving the private sector would further enhance this.” However, figures show that this promise is not even close to being fulfilled. Ironically, the Union government’s spending on education as a percentage of GDP has seen a constant decline during the six years of Modi government at the Centre. There was no mention of this promise in BJP’s manifesto for the 2019 Lok Sabha elections.

Talking about education during her budget speech, Finance Minister Nirmala Sitharaman said that the New Education Policy (NEP), that has been opposed by students and teachers across the country, will be announced soon. The Draft National Education Policy (DNEP) notified in June 2019 seeks to cut down the budgetary allocation by the Union government for higher education, and privatise higher education institutes. This process is to be centrally controlled through the Shiksha Aayog. If NEP is implemented, every University or college will have its own Board of Governors that will comprise of hand-picked "public-spirited individuals" and representatives of government and "primary funders", according to the draft. This body will have the power to decide courses to be offered, course-content, number of students and quantum of fees, number of teachers and their qualifications and service conditions, etc. The provision of elected representatives in such statutory bodies is specifically prohibited.

Sitharaman added, "It is felt that our education system needs greater inflow of finance to attract talented teachers, innovate and build better labs. Therefore, steps would be taken to enable sourcing External Commercial Borrowings and FDI, so as to be able to deliver higher quality education." This, too, has been opposed by students and teachers across the country.